Setting Out to Seek Out the Storykeepers: by Jeff Fuchs

As he explores Andean Peru and the story of the Great Inca Road, explorer and Outpost team leader Jeff Fuchs reflects on how geography can shape a human destiny. 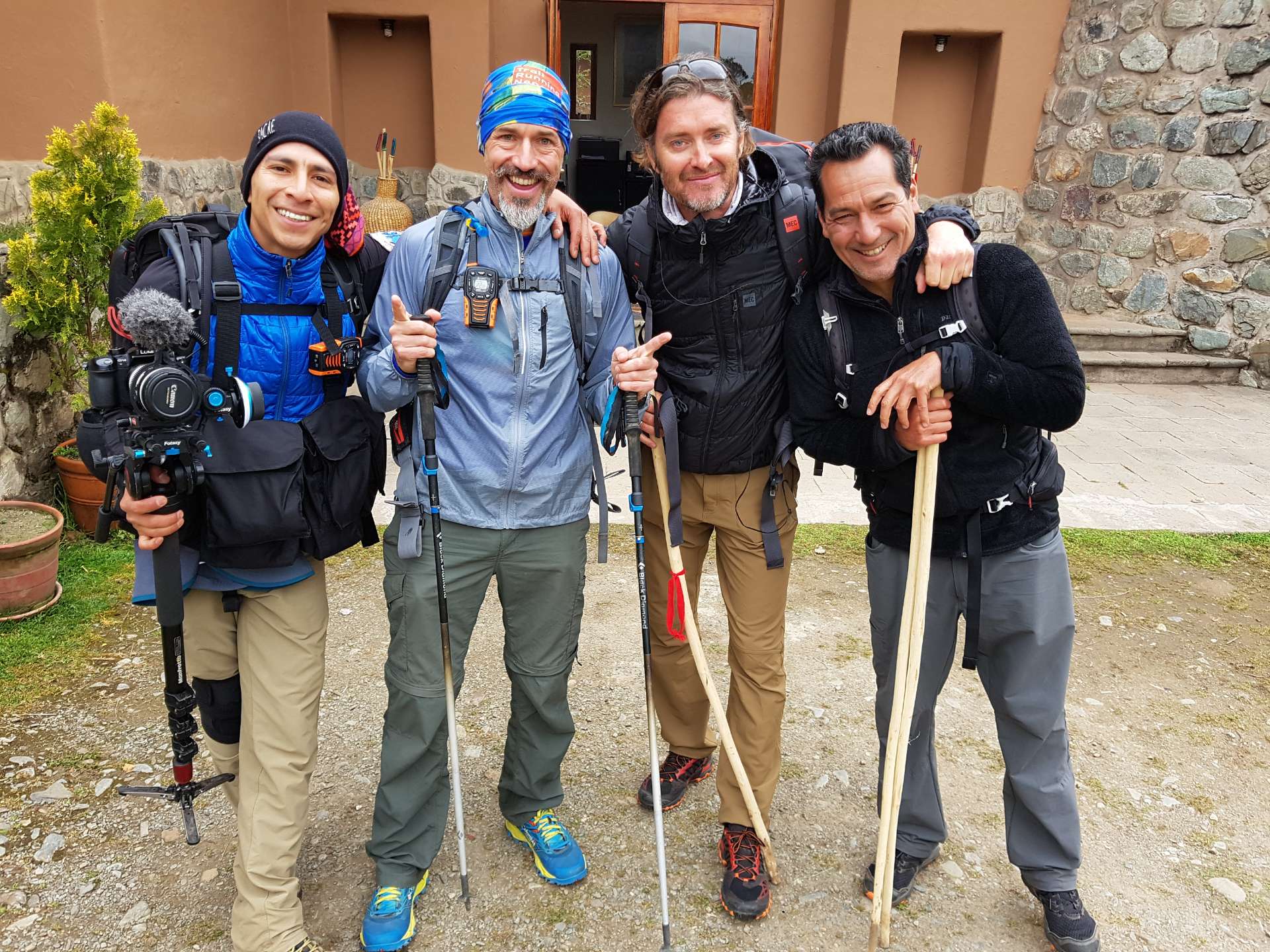 Jeff (2nd from right) with our Peruvian team (from left): Alex, Domingo and Jackie.

Departures (and arrivals) by plane seem to suck some of the magic out of tangible travel. But they do usher in the introduction of new spaces and ways of life in a rush and a blast. The senses and visceral experience is deprived, and then inundated. One adapts, or one perishes.

We departed for Peru to breathe in portions of the network of pathways that scurry through the Andes (and parts of the Pacific Coast) known collectively as the Qhapaq Ñan—and more generally in cases, the Great Inca Road. An articulated series of routes that sought to humanize, connect, conquer and interweave vast swaths of culture and space in this very ancient part of the world.

Centuries old, these routes brought together people, altitudes, and even reverences. Scholar Victoria Castro, in the Smithsonian’s American Indian magazine, called it “an ingenious humanization of a fractured geography.”

I wonder and marvel at how much of the Inca route seems to run a similar course to another beloved highway through the sky, one I am intimately familiar with, the Tea Horse Road, that itself weaves through the Himalayas. For both routes, mountains provide the challenge and inspiration, while a green stimulant leaf seeks to fuel the great journeys.  My teapot, two cups, and bundle of Puerh tea, which joins me on every single journey, are faithfully stowed away. Peru’s very own leaf offering—coca—which seems to work similarly to my own leaves, is consumed here to stimulate and clarify, but is also used in rituals (though, at times, it is that stimulant effect I am most interested in!). 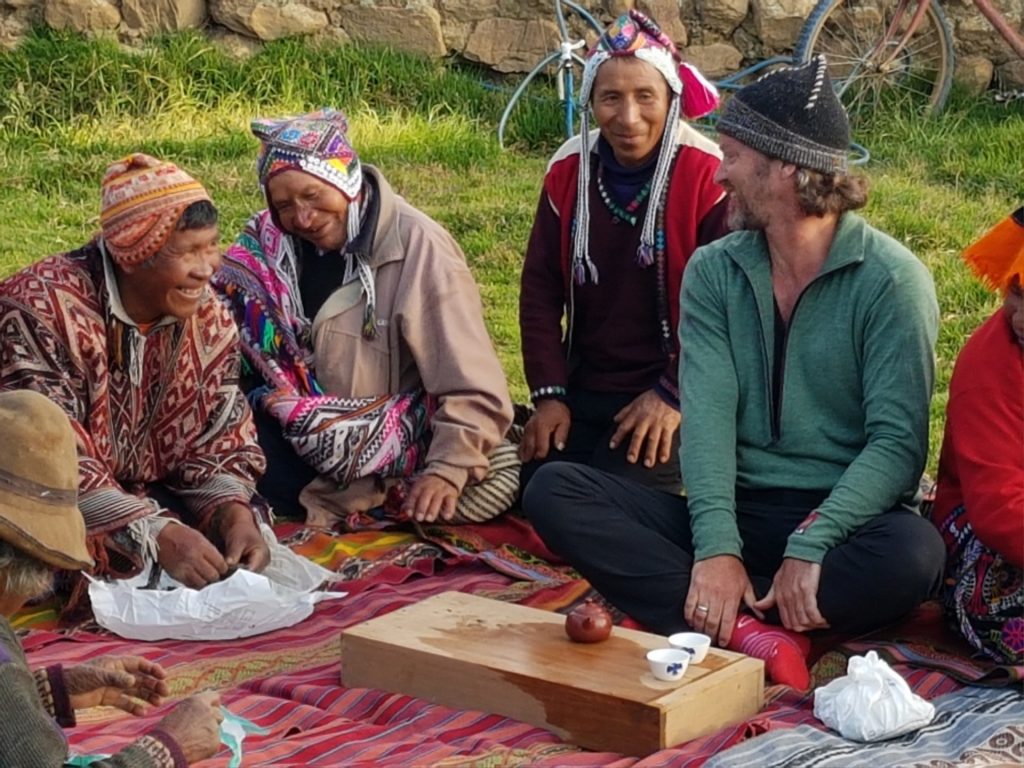 Sharing and serving tea in Chawaytiri.

We seek too, to link the mountain tale-tellers into this narrative, for like mountains and remote landscapes throughout the world, the power and patience of the oral narrative is vital. And we meet many with tales to tell, with reflections to share.

The octogenarian Antonio, who lived on his own, and waxed eloquently about nature and the individual’s will. (His words tapped into my being like a live wire.) The village headman, who, when asked about the “modern” world, spoke of how cities had become places to disconnect from one another and nature.

The more than 100-year-old woman who had lost most of her site but still weaves, using colourful, naturally-dyed wools. And yes, even the utterly thin-aired Pariakaka sacred mountain region, where pumas still come down from their high-altitude homes to target llamas in nighttime raids.Without the tellers, and the time to take them in, things and ways are lost—vital things.

And when I’m here, I am going to serve lots of tea. 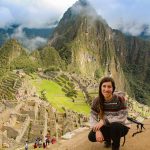 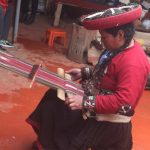 Ancient Alpaca Weaving with the Women of ChincheroSTORIES